History of Julia’s Center for Healthcare

Julia’s Center is a product of inspiration, perspiration and dedication of one women who after looking around the city in which she lived, she saw a need, and instead of turning a blind eye or waiting for somebody else to solve the problem, without hesitation, she stepped up to the plate to do all that she could to serve the less fortunate. Julia Grenier gave the better part of her life to the service of her neighbors in Collin County. She helped them through some very difficult times and it’s because of her that many Plano residents are still able to get the care they need regardless of their ability to pay. It’s only fitting and right that the clinic should bear her name and that the light of her life and love continues to shine in the works of the volunteers at Julia’s Center. That’s why the clinic motto is “Love thy neighbor as thyself”.

Julia Grenier and her family moved to Plano from Southern California early in the 1970’s. Julia, a Public Health Nurse quickly tired of the stay at home mom routine, and when she learned of a sick child in her parish at St. Elizabeth Ann Seaton she jumped at the chance to help the poor uninsured family. The news traveled quickly and knowledge of her work spread throughout the parish and she began receiving requests from others in need of help. One day, a call from the City of Plano seeking help for another needy family and then there was another and another, and another. In fact, people from all around Plano were crying for help and Julia simply could not ignore their cries. After only 3 weeks she discovered that she needed help to manage the ever-growing demands for health-care in Plano so she began a search for volunteers to assist her. Father Duesman, from St. Elizabeth Ann Seaton was the first to offer help by donating $100.00 out of his own pocket, and with that Julia created a service organization that she named “Caritas” a Latin word meaning “from the heart”.

By 1977, the budget had grown from $100.00 to $11,000 and her operation had grown to 100 volunteers, working 24 hours a day to serve the needs of the people. Volunteers included professionals, non-professionals, and students as well as Julia’s own husband Al, and her 3 children, Karen, Carla and Cherie. Their duties included picking up and delivering medications to patients, they shuttled them to their doctors appointments and even cleaned their homes if need be. In fact whatever, needed doing, Julia and her volunteers found a way to get it done.

In 1981, Julia was named Volunteer of the Year. Her heart was in volunteering and she loved her volunteers. Julia was a visionary and the idea for a medical clinic came to her after she served as a Board member of Catholic Charities. In 1999 Julia gave new meaning to the term “tail-gating” when she began tending to workers at the Plano Day Labor Center out of the trunk of her car. After a time, with the assist of a couple of other nurse volunteers she was allowed to move inside and set up a “makeshift clinic” inside the “little blue house” as it was affectionately referred to by the laborers at that time. Julia and her helpers worked there for 3 years at which time Julia began seeking a means to expand and provide low-cost healthcare to the more than 79,000 low-income and indigent persons living in Collin County who were without medical insurance at that time. Currently that number has grown to over 100K. In an effort to fill the need, a small group of dedicated volunteers led by Ms. Grenier set out to establish a clinic. 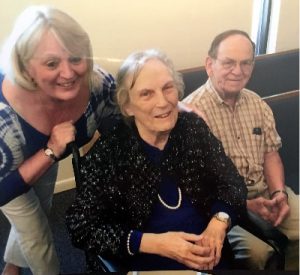 The dream became a reality in 2003 when Catholic Charities of Dallas, Tenet Healthcare Foundation and the Collin County United Way provided her with grant money. St. Mark’s Catholic Church offered their classrooms as a site for patients to be treated and Some additional funding came through grants from several other organizations that wanted to support the efforts of the community. Collin County Adult Clinic, a faith based not for profit 501c3 opened its doors one night a week and gradually increased its patient load to 35-40 patients a week. The clinic quickly outgrew its makeshift accommodations at the church and it became necessary to turn patients away. However, thanks to the generous grants and donations from several local foundations, in 2005 the clinic was able to move into a dedicated space on Ave. K. where it was able to provide much needed services to 65-70 uninsured residents per week. Private donations from friends, churches, area hospitals, memorials, and clients sustained the clinic for years.

Unfortunately, in 2008 due to some health challenges of her own Julia decided to step down as the director of CCAC and the board hired a non-volunteer, non-medical director to manage its affairs in 2009. Shortly thereafter that same board decided to apply for Federal Funding and FQHC certification to treat Medicaid/Medicare patients. After the change in direction and philosophy, the clinic was neither longer faith based nor voluntary. However, many of the volunteers continued to hope that someday the clinic would be reinstated into the original, faith-based status that Julia had intended it to be.

Toward the end of 2014 a few former CCAC volunteers came together to form a steering committee with the goal of developing a new charity clinic to care for the uninsured in Collin County. After many months of searching and praying the steering committee’s efforts to reorganize the clinic finally came to fruition and Julia’s Center for Healthcare emerged from the drawing board. Julia’s Center is once again a faith-based operation completely staffed by volunteers, many of whom are former volunteers of the CCAC. It began operations on February 25th 2016 in the Church of Christ that formally housed the Ave. F. Family Clinic. Volunteers set up and break down in the church’s classrooms every Thursday evening just as they did in 2003 and the clinic sees the working poor who have no healthcare insurance, Medicare or Medicaid coverage.

At this writing the clinic has received only two small outside grants and has been operating primarily on donations from its volunteers and patients. In February 2016, it started out with 35 volunteers and has grown to more than 45. It staffs 3-4 licensed medical providers, 5-6 nurses, 4-5 translators, 1 prayer minister, 1 social worker and 3-4 administrative volunteers each week. During the hours of operation, the providers treat adults only, and accepts new patients and walk-ins between 5-7pm. The clinic stays open until all the patients are seen. The center provides lab and limited imaging services to treat chronic medical problems but it is not equipped to manage Emergency, L&D or Trauma patients. There is a referral system for patients with issues that the clinic has no resources to treat. 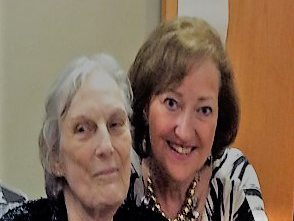 Julia’s Center for Healthcare is a non-profit, 501 (c)3 organization serving the indigent and uninsured residents of Collin County, TX.

LEARN MORE ABOUT US